Is your business trying to stay up to date in the ever-changing world of technology? There are always new gadgets, techniques, and even tech-based business philosophies that seem mandatory--or at least tempting to test. You don't want to miss the next big wave of technology benefits, especially if they lead to profit, but you can't let yourself be swindled by every flashy-looking "revolution" with a nice set of acronyms. Here's are a few things to keep in mind for tech growth, as well as a few ways that a consultant can guide tech progress.

How Much Collaboration Is Necessary?

Following the boost in computer speed, the miniaturization of computers via smartphones and tablets, and the increase ease of internet access, collaboration is one of many new tech industries that can serve your business.

There are many different approaches to collaboration software, and there are times when having "everything" can be dangerous. For example, some collaboration applications (apps) allow users to work on a single document together.

This was first a problem because changes would be made with no one to blame if it was wrong. The came the ability to mark specific safe points and identify who was making certain changes by way of color highlights or smaller icons. Then you needed easier ways to add an remove certain users to stop excitable, panicking, egotistical, or other edit-happy mindsets from getting into edit wars.

Other forms of collaboration are all about chat. The ability to talk to each other became vital, and then the ability to type while chatting. Software such as Skype came around to bring the two techniques together, but what about sharing files for others to work on? What if the file was a picture, why not just make it appear in the chat? Apps such as Slack and Discord appeared to make the collaboration happen, but every app for any purpose has one challenge to tackle: security.

The problem with any software is the ability for hackers to get into the app or your systems in general through exploits. Exploits are either flaws or vulnerabilities that allow people with bad intentions to cause problems for users.

With collaboration software, this creates a problem as people could spy on your company. Chats can be read, calls listened in on, and files stolen. Hackers could even pose as users in the company to gain access to other parts of the company.

Security isn't just an issue with collaboration apps. Every piece of software that is installed on your computer has some kind of privileged access, meaning that a compromised app can become a trojan horse--filled with bad files and intentions, launched by your users, and allowed to wreak havoc upon your users.

Consult a small business technology consulting firm to discuss the right balance of security and helpful apps. Keep in mind that security constantly evolves and people figure out new ways to use--and abuse--computers, so don't expect a "100% impenetrable forever" fix. Know the risks, know the preventative steps, and know how to recover. 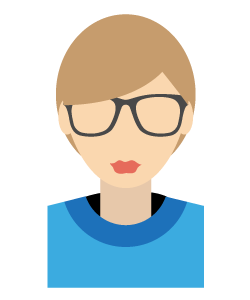 There is a life trajectory that we are all expected to travel down. We are expected to attend college, maybe do an internship, graduate and enter the workforce. Then, we work until we have reached the retirement age before spending the rest of our lives in the retirement home. This is something that just doesn't work for people like me. My name is Hannah Allen and for personal reasons, I was not able to enter the workforce until much later than most. But I refused to let this keep me down. I have managed to build a lovely career. It is possible to start a fulfilling career at any age and I am going to show you how.